One might think, after more than twenty years of sleeper trips, that we might be running short of ideas for new itineraries. Whilst it is true that we occasionally repeat ourselves, it generally applies to only portions of the trip, and there are still variations aplenty to keep the concept fresh. And occasionally we branch out in completely new directions, on routes not formerly known to sleeper science.

For 2018 the novelty factors were multiple, not only a newly-restored railway in the Borders but also unexplored areas of northern England. Unfortunately Malcolm had to pull out of the trip, to act as nurseperson to an ailing dog and provide humanitarian support to his long-suffering spouse. However Marilyn was able to act as a very acceptable Evetts substitute for the first half of the trip, before domestic duties intervened.

The start was fairly conventional, by train from Liverpool to London to catch the Inverness sleeper. In the metropolis we opted for the first of several museums, taking the bus from Euston and splitting up to better cover the range of options in South Kensington. The Science Museum and the V&A both featured strongly, with Jim 'Cruiser' Ford taking the opportunity to visit the Ocean Liners exhibition. 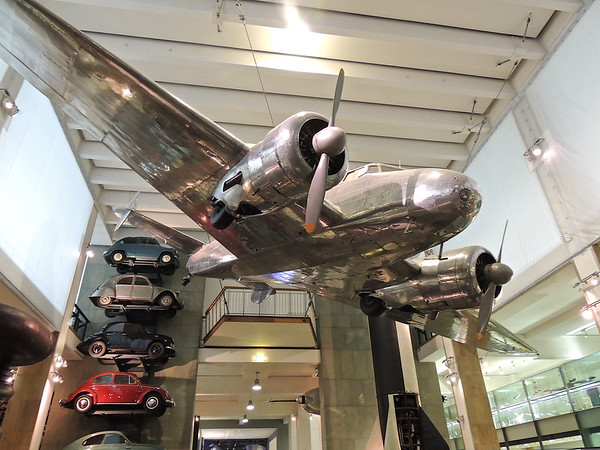 The sleeper was the usual civilised means of transportation to which we are accustomed, which raises the question of how the experience will change when the new trains are introduced in 2019. Hopefully they will retain the charm whilst updating the onboard facilities.

We arrived in Inverness in good order, and promptly took the train south again, as far as Aviemore at least. There we transferred across the platform to the Speyside Railway, for the return trip to Broomhill. As before, we indulged in their very excellent cream tea (it would be rude not to) and had the added experience of a rain shower of torrential-tending-to-Biblical intensity during a stopover at Boat of Garten. We now understand the nautical reference in its name.

We took the service train back to Inverness and thence navigated upstream along the eastern bank of the Ness to our B&B for the night. This turned out to be in one of the most impressive detached residences of our quarter-century of sleeper trip accommodation. It was a very large baronial-style edifice that would have completely dominated the southern Inverness skyline, were it not that there were a number of similar properties close by, not to mention collections of garden trees that would have been more at home in an ancient Caledonian forest.

One of many unique features was the serving of the continental breakfast in the capacious bedrooms, no doubt to minimise the risk of visitors becoming hopelessly lost whilst navigating to and from whichever dining room might be currently in use. Neater than a long ball of string, anyway. 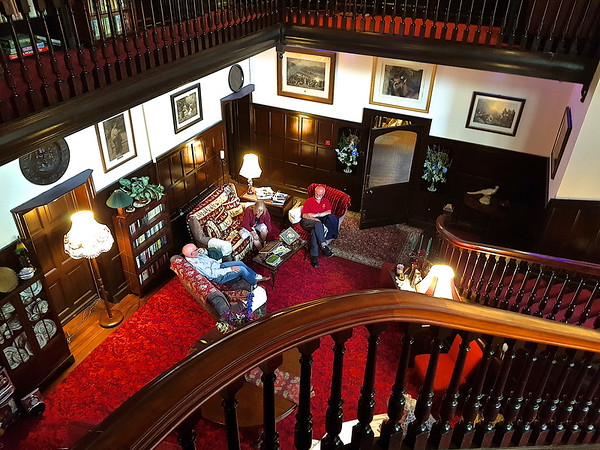 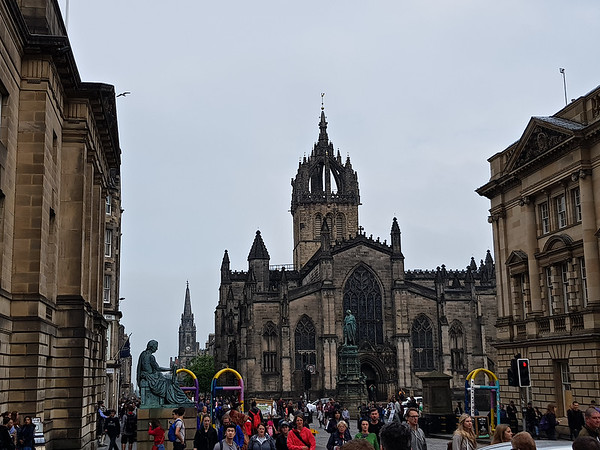 Next day we entrained for a move south to Edinburgh, for a two-night stay in a Southside apartment, as a change from the usual B&B. This worked well, giving us the flexibility to come and go as we pleased, hold rowdy, drunken parties and invite unsuitable strangers to share the facilities. As it turned out, not all these events occurred. What did take place were self-guided individual tours of the metropolis, facilitated by a frequent bus service, not to mention the odd tram. Some strategic shopping was also undertaken.

Inbetween the two Edinburgh nights we partook of the (relatively) newly-opened Borders Line to Tweedbank and Abbotsford. The latter was the home of Sir Walter Scott, and a mighty impressive residence it is too, in a scenic riverside location. It has no doubt benefitted from the restored railway, and equally surely is contributing to the business case for an extension to Melrose, Hawick and eventually Carlisle. Can only be a matter of time.

One of the many attributes of our group membership is a keen eye, nose and throat for beer purveyors, and our collective senses were twitching strongly in the environs of Tweedbank. Sure enough, the Tempest Brewing Company was located but a short stroll from the station, with its shop open for business. We took the opportunity to stock up for a modest tasting session back at the flat. Well, it would be rude not to.

Day 5 saw us in uncharted territory, taking the train to Darlington, a town with proud railway traditions but which appeared to have fallen on hard times. The main attraction for us was the Head of Steam, a council-run museum recording the history of railways in Darlington and the North-East. There were some interesting exhibits in the former railway station, including Stephenson's Locomotion No.1, on loan from the National Railway Museum, of which more later.

Afterwards we summoned a taxi to take us to another, lesser-known railway attraction on the edge of the the town, namely the Brick Train. This is a large red-brick sculpture created of concrete and 185,000 red bricks. A unique item, and no doubt somewhat of a distraction for drivers on the adjacent A66, in the process of giving Darlington a wide berth. Apparently comparisons with Lego are not sought after.

After overnighting at a B&B most notable for its Nelson mural and other naval tributes, we departed for our final destination, York. The National Railway Museum beckoned, and we were powerless to resist. Still the premier collection of railway items, they've got it all really. In the workshops there was the added bonus of seeing Sir Nigel Gresley deconstructed into many large bits, as part of a thorough overhaul. No doubt the many, many smaller bits were carefully filed away in well-labelled plastic bags, ready for refitting in due course.

And that was it, we departed for home the next day, after yet another Grand Week Out. 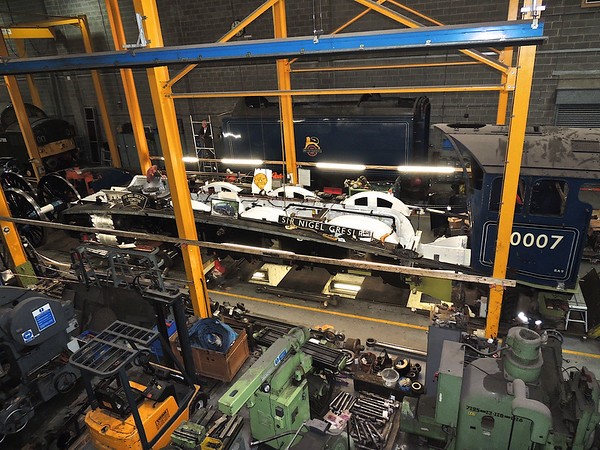