Ferreting about in long dark holes 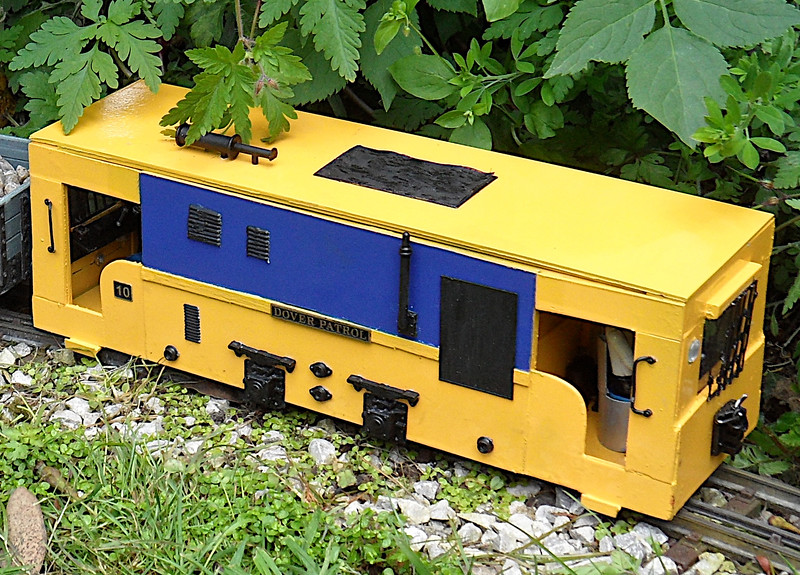 I have long had a modest interest in mines, tunnels and things subterranean. Why this is I am not sure. Perhaps it was growing up close to what is now the UK's longest rail tunnel (and also France's longest as well). Or a visit as a teenager to one of the Kent coal mines, Snowden, Chislet or possibly Tilmanstone, I forget which. But not Betteshanger, I would have remembered that, It being only two or three miles from home. Or two trips (so far) into the disused slate mines of Corris in North Wales. Unlikely to have been the inspection of a foul-smelling waste-water tunnel under construction somewhere near Wigan, but you never know.

Certainly a visit to the Channel Tunnel during its formative years was a factor. The pretext was to examine the fire risks involved, particularly relating to the tunnel boring machines, which used mineral-based hydraulic oils to drive and steer them. Fascinating although these behemoths were, I couldn't help noticing a large number of small locomotives, hauling a variety of (human) animal, mineral and vegetable loads in and out of the workings. So a good few years later I was not particularly surprised to find myself wondering what a mine loco would look like in 16mm. Fairly low and fairly long was the likely answer, to fit power units, controls and driver into a limited cross-section.

For once I did the sensible thing and looked for pictures of the prototype. In short order I found a suitable candidate, the DLP140F mining loco by the Ferrit company of the Czech Republic. Diesel powered, hydraulic transmission, safe for use in potentially flammable atmospheres, twin cabbed, what more could one want? A system to limit random overloads, that's what, and it had one of those as well.

Suitably impressed, I started thinking about building one. With only a single photo to go on, there would have to be some guesswork involved. I opted for a rectangular frame of aluminium angle around a central power chassis. For the latter I used an Essel Engineering unit, the 010A. This has delrin chain drive to both axles inside a chunky steel frame, giving it the solidity and traction that a mine loco would surely need. Cutting and epoxy-gluing the framework was fairly straightforward, although in retrospect riveting might have been better. The body panels were plasticard, also glued in place, and it took surprisingly little time to get the basic body finished. Flat bodywork is so much easier than curves and irregular shapes!

A test run at this stage showed that the framing was fairly low to the railhead, and any unevenness or sudden changes of gradient might bring them into contact. I decided to live with this, on the basis that such trackwork just needs to be fettled, so get on and do it.

Cambrian Models supplied most of the external features, including suspension units, bearing caps, ventilation grilles, handrails and exhaust outlets, also the driver. The windscreen grilles are an old pair of balcony railings, and the throttle levers are Lego escapees. The power initially came from a set of sleeved AA nicads and an old manual speed controller, but neither proved satisfactory (the charger failed and removing the roof to change the speed was fiddly). So I opted for radio control, using an Mtroniks speed chip powered by six NiH batteries. The Essel motor specification is for 12-24v, but for a fairly slow-moving loco 7v is sufficient. A separate set of four AAAs powers the headlights. The paint job is mainly rattle-can yellow, offset with some blue for the side panels.

As to the name, I have a tendency to name locos after Kentish landmarks, such as castles, rivers and the like. 'Dover Patrol' comes from the naval force based in Dover and Dunkirk during WWI, with the role of denying use of the English Channel to the German navy. A memorial is located on the cliff top between Dover and St Margaret's Bay. Narrowplanet provided the nameplate and the number.

A mine loco of course is no good on its own, it needs something to pull. A rake of Swift Sixteen tub wagons was the easy-to-make answer, and such a formation duly appeared, with appropriate loads of simulated spoil. It also needs a mine, or at least a tunnel under construction. At present I have neither, but they are on the List of Things That Need To Be Done. About No.37, so don't expect anything too soon. In the meantime it has periodic run-outs on my own St Aubyn Light Railway and Southport Model Engineering Club's Sutton and Segrave Light Railway.

So that's it, simple to make and satisfying to run. I confess to omitting the random overload protection system (a fuse), but as no overloads have yet occurred, random or otherwise, I seem to have got away with it,